On a cold but bright and sunny February morning, we decided to take a cycle out towards East Lothian. We might have gone west, but the mud around the quarry at Middleton has effectively put that road out of bounds for the time being.

So we rode down into Borthwick, then took the climb that followed as easily as possible. The same went for the Crichton hill that came next – our aim being to perfect the slow and steady technique for much bigger hills to come later in the year. I didn’t mention that to the cyclist who zoomed past us at high speed on the way up – he was in a completely different league. 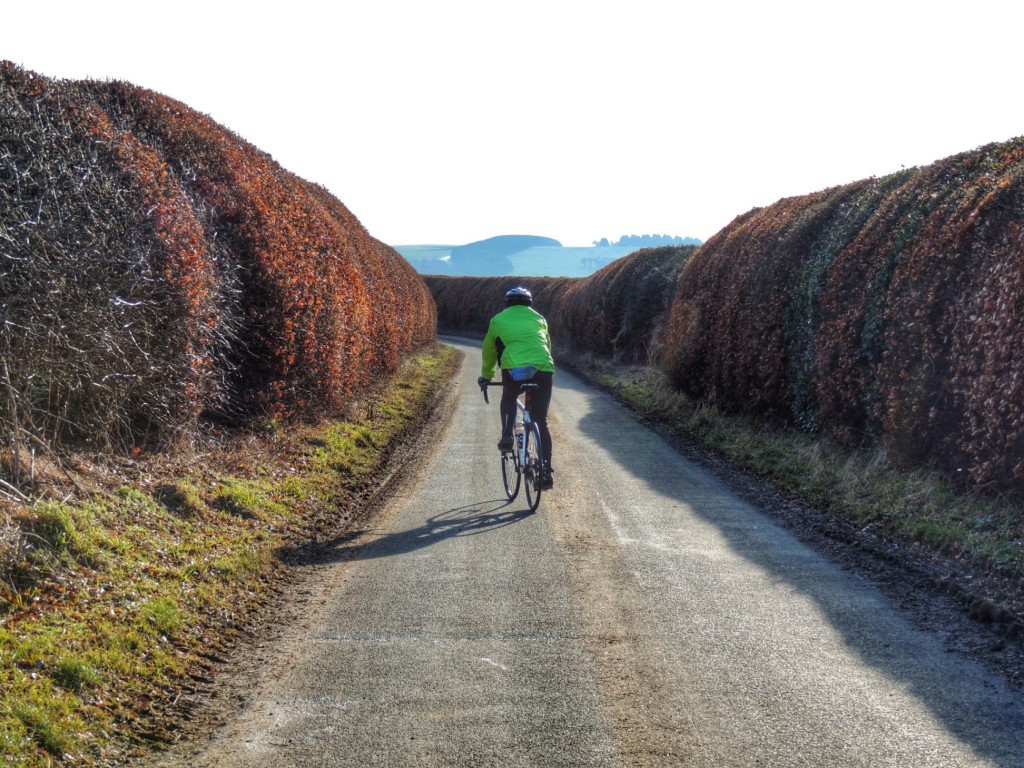 The sun was shining

From Crichton, we freewheeled downhill to Pathhead, then crisscrossed our way towards the West and then East Saltouns. We then headed for the B6368, going in the direction of Humbie. Before reaching Humbie however, we took a left turn and enjoyed a lovely quiet detour which bypassed the village and had only recently been shown to us by our friend Joyce. After a few miles, we rejoined the B6368 to cycle a couple more miles to our cafe stop at Soutra. Those miles are all uphill though, and Colette was feeling tired by that point -it was around midday by then and our meagre breakfast was clearly not fuel enough to get us all the way there. 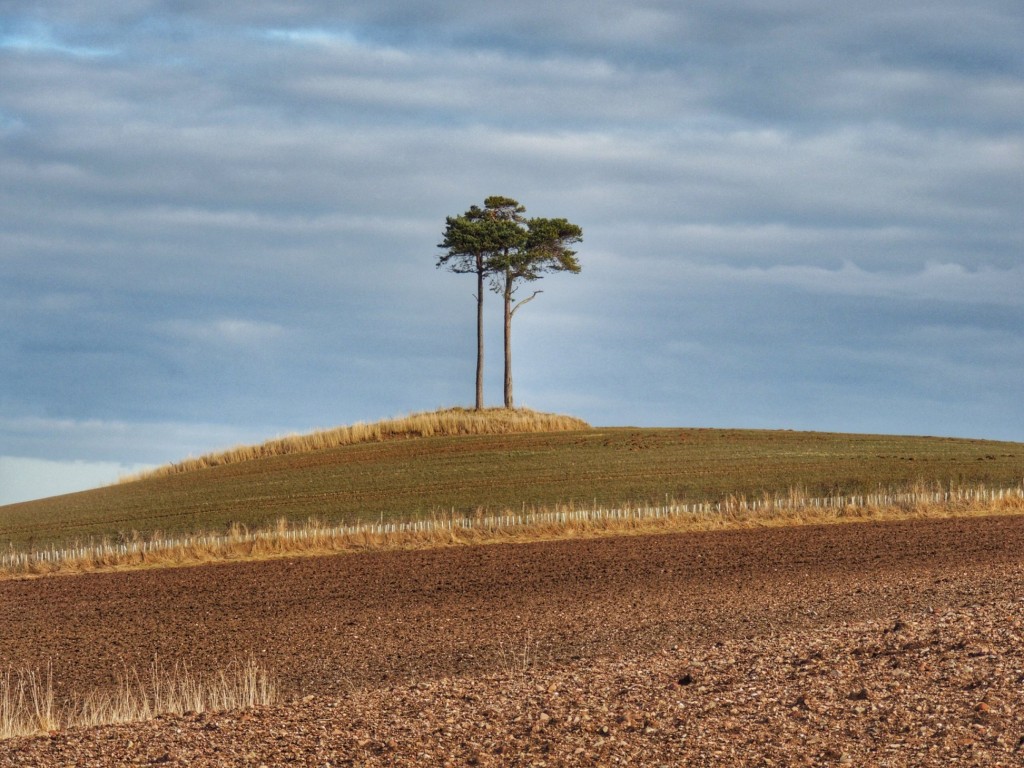 As we sat down with a pot of tea and delicious cake selection, Colette got a text – it was Joyce who had just seen us when passing in her car. She decided to come and join us, so we were able to tell her how much we were enjoying the new roads she had introduced us to. We also talked about the new cafe opening very soon in Humbie, meaning we’ll be spoilt for choice. 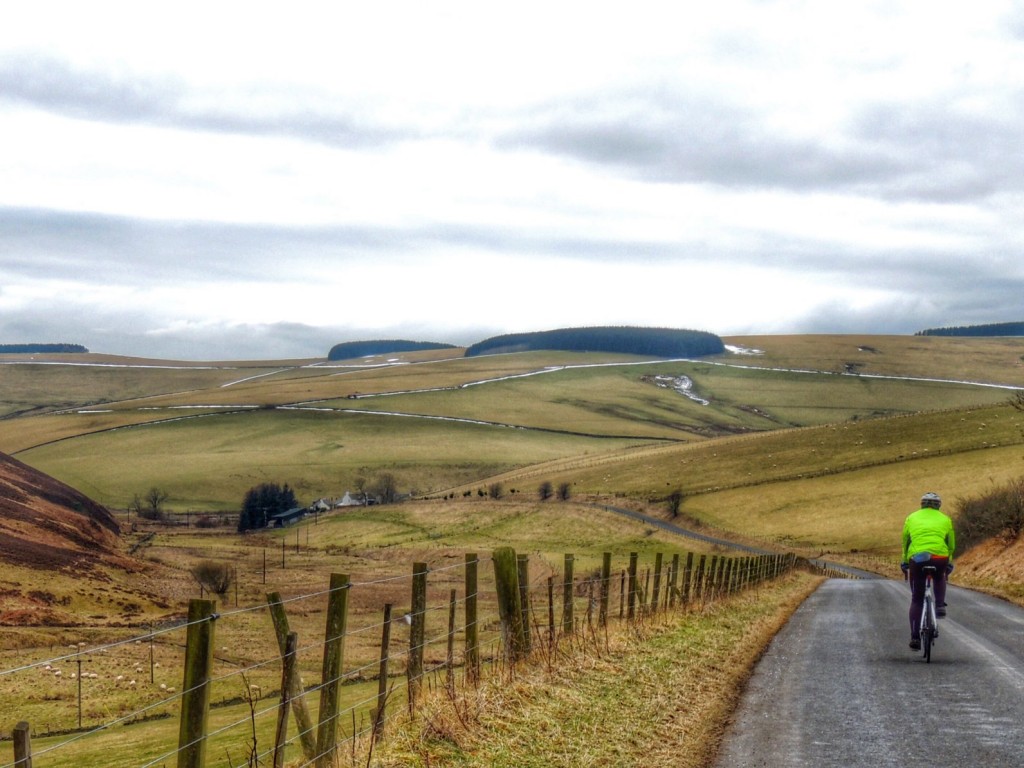 Great cycling, even in the cold

After the cake stop, we headed across the A68 and up past Soutra Aisle. Sadly, the sun had gone in by this time, and we were feeling quite cold. The initial climb was useful in warming us up somewhat. Despite the temperatures rising a bit recently, there was still a fair amount of snow at the side of the road and we certainly felt the chill again on the downhill sections that followed.

We then reached the A7, where we turned right and decided to take the main road all the way home, as opposed to going the long way via Heriot and the Granites road. That was quite a good choice, as the road turned out to be relatively quiet. The fact that there are still numerous road works along the stretch between Galashiels and Falahill has meant that much of the regular traffic has decamped to the A68 instead. There was a convoy system in operation at one of the road works, and we found ourselves easily keeping up with the traffic. Of course they all overtook us as soon as we were clear of the roadworks. Long may they continue!

It was then a quick and easy ride back home where a shower and belated lunch were waiting. That was a lovely ride, but we are getting fed up of the cold – roll on Spring!