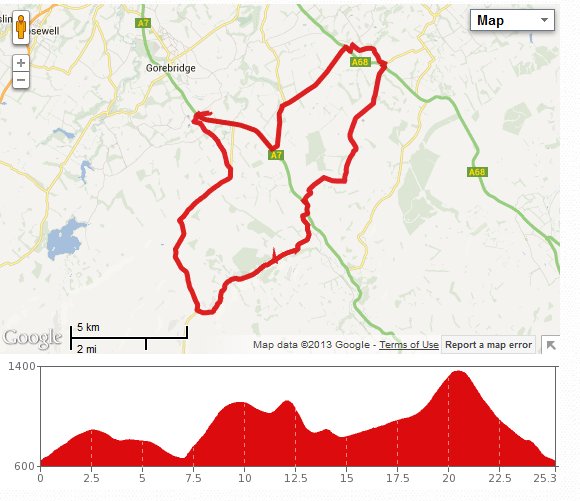 Having recently discovered the existence of Fala Moor Road on the map, I was keen to build it into a route to cycle. This was going to be one of our long ones (anything over 20 miles is long to us at the moment!) so we waited for a nice day to do it, and set off at a gentle pace.

First of all, we headed up the A7 as far as the left turn onto the Fala road, then unexpectedly found a “Road Closed” sign partially blocking the road. We decided to go for it anyway, since we could always lug our bikes into a field to bypass any blockage in the road. And on the plus side, this meant that we had the road pretty much to ourselves.

As it turned out, we came across the roadworks just as they were about to begin, with a group of workmen in the middle of the road discussing a set of plans. We snaked our way through them and their assorted vehicles then turned right onto the A68.

The turnoff for the Fala Moor Road was a couple of miles further down the A68, but I thought it would be fun to take the first side-road and make a long-cut through Fala Dam and Fala Village before returning to the A68 just before the start of the Moor Road. But I hadn’t done my homework on the contours and there was quite a steep climb after Fala Dam, prompting Colette to ask why on earth hadn’t we just stuck with the main road in the first place…

In no time however, we were turning back onto the A68, then immediately right onto the Moor Road. This provides access to a small graveyard, but continues upwards beyond this, onto Fala Moor. It all looked very inviting, stretching forward to the horizon, through dappled shade from trees along the south side of the track. 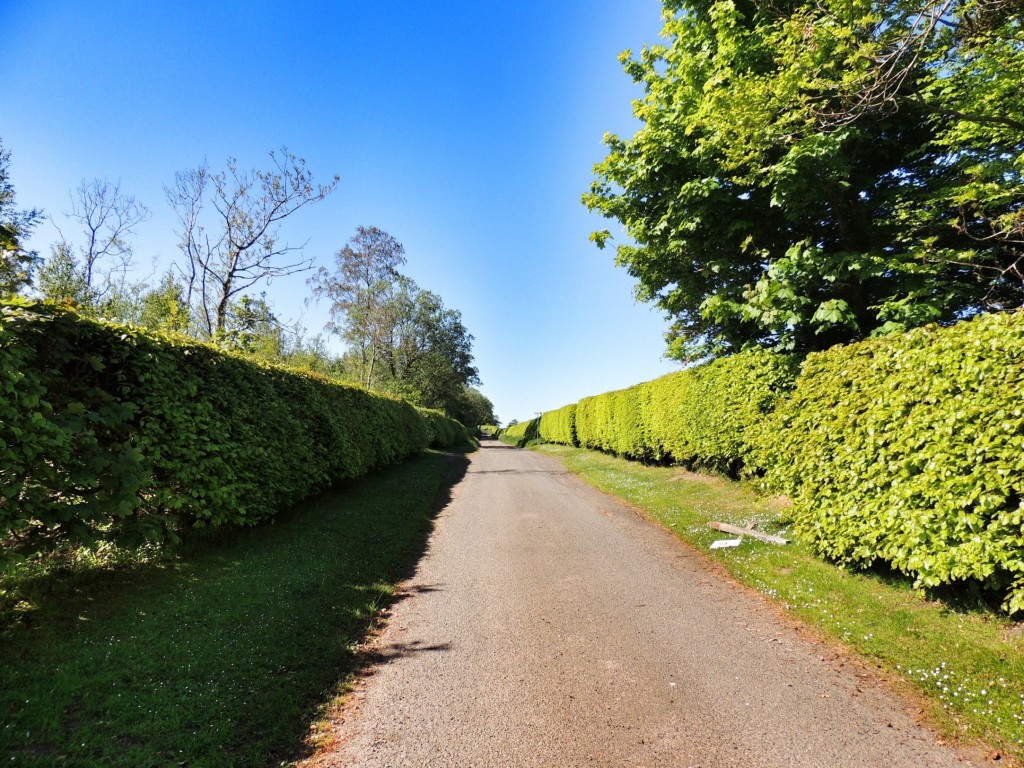 As we headed up, the trees gave way to moorland proper and the road surface got more basic – with a grassy centre, and stones and broken tarmac to either side. This was no real problem for our bikes, but I feel that it wouldn’t be ideal for anyone riding a specialist road bike. 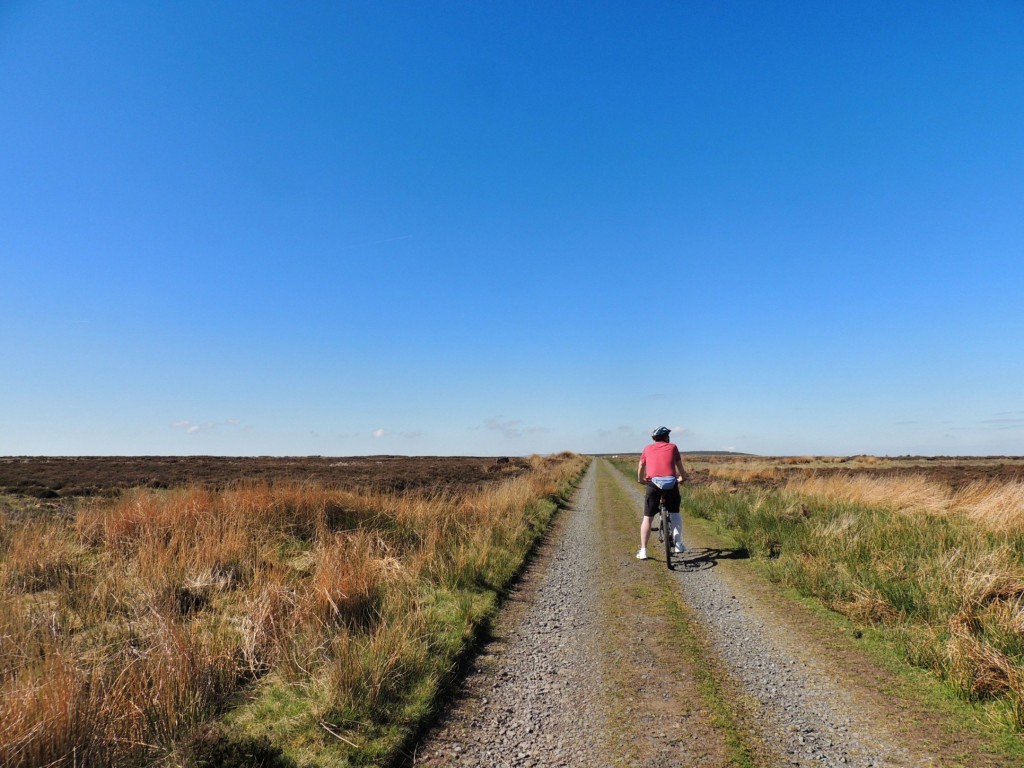 On top of the world

We paused at the top of the moor, surrounded by cotton-speckled heather and sheep, for a water break and for Colette to take photos. We had picked a gloriously sunny day for our outing and everything was so peaceful. Skylarks were rising from the heather around us, tantalising us with their song, but it proved impossible to catch a single one on film. To the right was the ruin of Fala Luggie, which we had visited previously from the other side, and to the left was Fala Flow Loch. 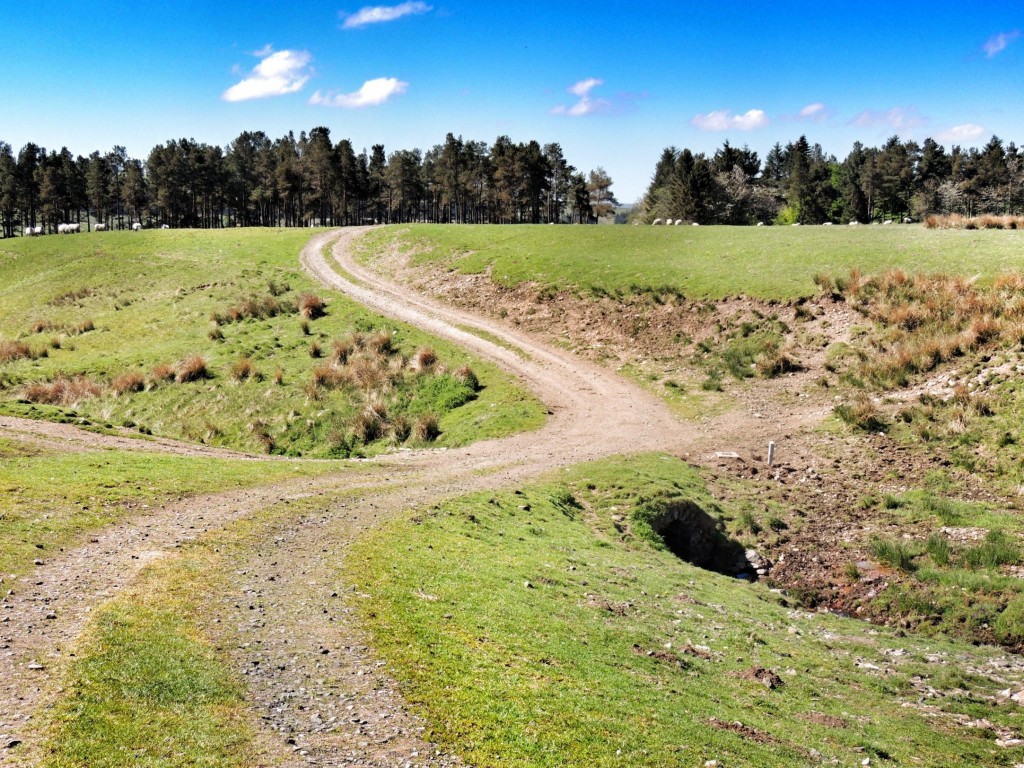 The road meandered through a sheep field

The road then took us down the other side of the moor, through Brothershiels Farm and finally back onto the A7, where we turned left. We carried on for less than a mile before turning right into Heriot on the B709, then followed the road for a while until we reached the entrance to Borthwick Hall. We stopped there for another brief rest and a wee snack to keep us going.

For the rest of the B709, it runs alongside Heriot Water, and there was lots of bird life to be seen. When we heard a cuckoo calling, we stopped and had a good look for him. We spotted him on a wire, but as soon as we saw him, he flew off, calling. He was clearly very cautious, because he wouldn’t let us get close enough for a good look. Luckily, Colette managed to get some shots of him through her long lens, but only enough to prove that we had seen him. We were chuffed, as this was the first time either of us had actually seen a cuckoo, although we had heard plenty in the past. 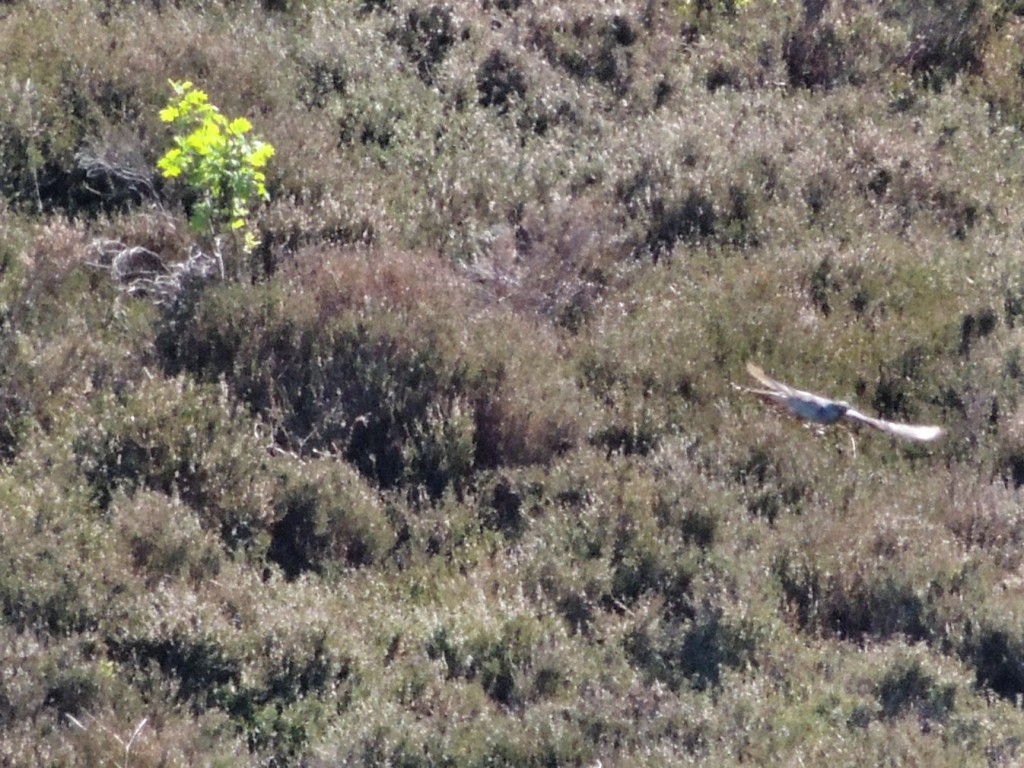 After a while, we came to a T-junction, with the left turn going off in the direction of Innerleithen and the right turn taking us home. It was time for us to head home, which meant a long slow climb to the highest point of the road through the Moorfoot Hills (1348 ft, according to my sat nav), followed by an equally long, but much faster descent on the other side. We then turned left for Middleton and followed the road on past the limeworks till finally turning right and heading back home. That was a 25 mile round trip with over 1100 ft of climbing… so time for some well-earned lunch!