Coronavirus, social distancing, self isolation, unprecedented; just some of the candidates for word of the year 2020. It came out of the blue and turned our lives upside down, as we all stay at home to prevent the spread of the virus. Some people have had it really hard, but as a retired couple whose main pastime is cycling, Colette and I have been less badly affected than most. On one hand, we’ve missed out on two big foreign cycling trips that we’ve been looking forward to for months, but at least we can still continue to cycle locally.

That’s because cycling is one of the permitted exercise activities (in addition to walking and running) during the lockdown that started on 23 March. The number of times a day you can exercise, and for how long is not specified in law, but in providing clarity, government minister Michael Gove stated that one session a day of duration 1 hour for a walk, 30 minutes for a run and between 30 mins and an hour for cycling would be appropriate. Though he did say that it depended on an individual’s fitness.

How to interpret these guidelines is down to the individual, but as long as social distancing can be effectively observed during the exercise, I can’t see a problem with going out for more than an hour, especially for someone of above average fitness. For my own part, I have decided to plan rides that should take about an hour, but not beat myself up if it takes a little longer to complete.

In a way, we have gone back to the beginning of this blog, where we were cycling exclusively in Midlothian. Luckily, there are plenty of local roads to devise rides of 15-20 miles distance, and I can mix it up a bit so that we’re not doing the same routes all the time.

For some reason that we haven’t figured out yet, Colette and I prefer going out on our rides separately now. Maybe we just need some apart time, and it means that we can concentrate on going at our own pace, although strangely, Colette seems to be going faster on her own than she would with me!

Moving on to the day in question, Colette got out nice and early while I was still pondering whether to go at all, as I’d had a bad night’s sleep. The news that the prime minister had been taken into hospital the night before with worsening Covid19 symptoms was worrying. That, combined with a pulsing septic finger (the result of a chainring bolt tightening accident), made for a poor night’s rest.

However, the sun was shining, so I got my bike out and tried holding the bars and changing gear. The finger was fine, so I had no excuse – it was time to get off my backside.

I got ready and set off. It was quite a chilly morning, but the sun cut through that a little and the first hill, heading south from Middleton lime works warmed me up proper. Not that I was going hard at it, I had already decided to take it a little easier and enjoy the ride.

By the time I reached Esperston and turned left alongside the green conveyor belt, I was feeling great. You don’t need to cycle for long to appreciate the uplift to the spirit. Out in the countryside, all was carrying on as normal. The birds in the sky. the lambs scurrying back to mother when they noticed me getting close, and the sun warming my back. I was so glad that I decided to get out rather than sit on the couch and watch another hour of News24.

I turned right at the T-junction just before Yorkston. I often rush at the steep little hill that takes you there, but this time I approached at moderate speed. That soon became a crawl in bottom gear, but it didn’t bother me. Turning left at the houses took me through the farm and down to Rosebery Reservoir on the rapidly deteriorating single track road.

The reservoir was predictably quiet. The fishing season is now upon us, but nobody is allowed to go fishing. I carried on past the reservoir and turned right onto the B6372, followed soon after by a left turn onto the saw mill road. That road is really a rough track, with large patches of loose gravel. Gravel really is one of my least favourite surfaces to ride on, and my 25mm tyres didn’t really cope with it that well. 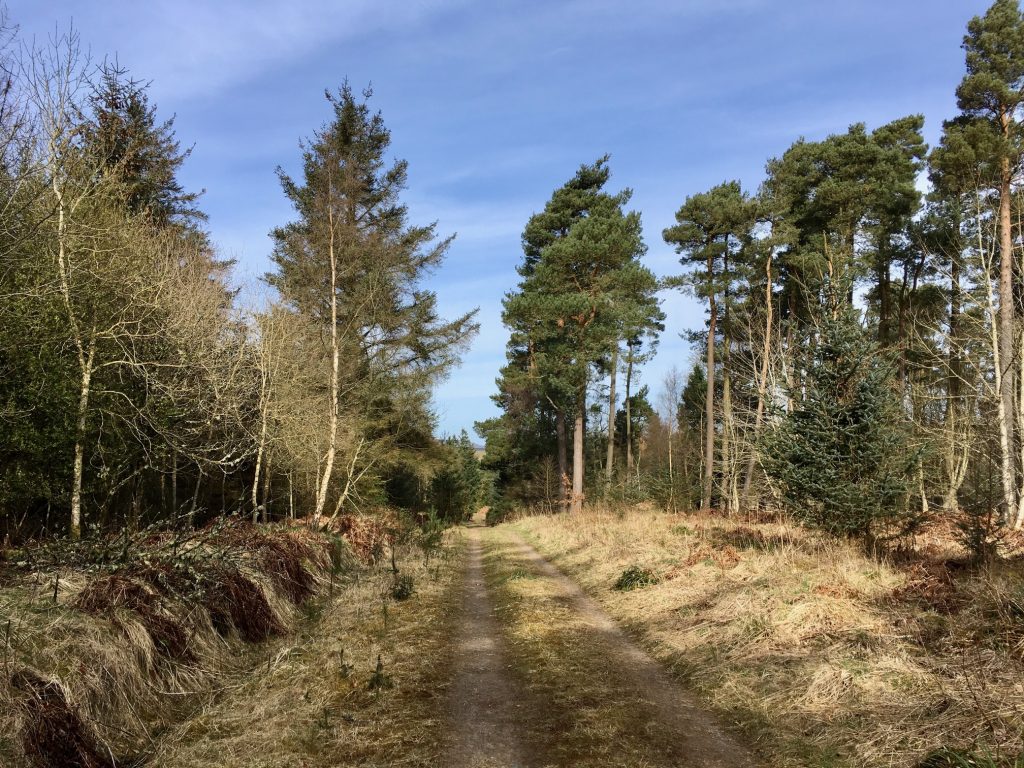 After the gate, it was more of a standard landrover track, with two parallel lanes of hard packed earth either side of grass. It was a brief but fun off-road interlude, ending in a steep descent to the bridge at Edgelaw Reservoir and a bumpy finish taking me back to tarmac.

A short climb to Edgelaw farm was followed by a long, straight and highly enjoyable downhill freewheeling opportunity, taking me out at Parduvine. I then headed to Carrington, and started to meet quite a few individual cyclists, out for their daily exercise quota. We kept well apart! In Carrington itself, there was a council team out filling potholes with the hose that blows hot tar in. That’s the type of temporary fix that doesn’t normally last long, but with the lack of vehicle traffic in the current lockdown, who knows, it may even still be there the next time I go past!

After Carrington, I headed for Birkenside, passing Arniston House. The wind was behind me, aiding my progress, as did the traffic light which turned green on my approach. I turned right there onto the A7, which has been noticeably less busy in recent weeks, but even so, I took a right turn at Fushiebridge to go up the hill on the minor road. I much prefer it to the A7, as it’s so much smoother. It’s also much prettier, with the double hedges at the bottom and the pond near the top, where it’s always nice to have a quick stop to see what kind of birdlife is currently in residence. 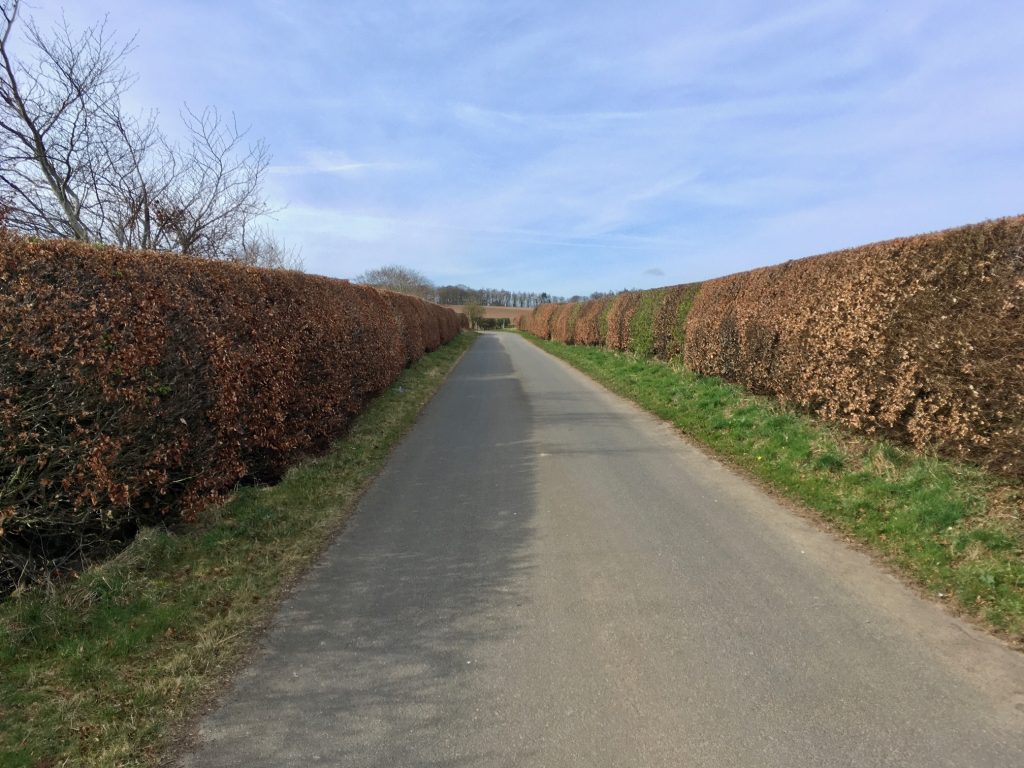 From there, it was a quick pedal home, where I arrived feeling recharged in body and spirit, and so glad that I’d made the effort. You certainly don’t need to ride far to feel the benefit. Let’s hope that outdoor cycling remains on the permitted list so that we can stay sane until life eventually returns to normal.